Just a note: We have absorbed the rising costs of the conference for the last several years, but we cannot avoid a fee increase any longer. AMCAP Members receive 20% off Registration. Pre-registration prices will go until Sept. 15th, 2022. After that prices will increase $20. We will not accept any online registration after Sept. 23rd. We will accept walk-in registration the day of the event *only* if space is available. These tickets will incur an additional $40 charge. There will not be any accommodations for Dietary Restrictions for same day registrants, so register early!

Convention Highlights:  We are excited to be able to meet again at the beautiful Joseph Smith Memorial Building on Sept. 29-30, 2022.  Our theme for this year is: Where Can We Turn for Peace?

Thursday: 8:00 am -5:00 pm.* We will have 3 inspiring speakers for our workshops: Wendy Ulrich, Terry Warner and Jenet Erickson.  This will be followed by a 2 hour ethics session presented by Dr. Jason King.

Friday: 8:00 am- 6:00 pm*.  Breakout classes will be held all day on a variety of carefully selected topics aimed at helping our therapists find peace in their own life as well as helping their clients to find peace.

We anticipate a total of 12.5 CEU’s will be available for this 2-day conference. (Final total is based on approval)

*Tentative schedule will be posted in the coming weeks.

Special Musical Guest:  On Friday morning we are so pleased to have the Debra Bonner Gospel Unity Choir perform for us!

In his professional career, he was one of the founders of Franklin Quest. He finished his career there when he was called to preside over the Uruguay Montevideo Mission in 1994.

John Hilton III was born in San Francisco and grew up in Seattle. He served a mission in Denver, and got a Bachelor’s degree from Brigham Young University. While there he met his wife Lani and they have six children. They have lived in Boise, Boston, Miami, Mexico, Jerusalem and China. John has a Masters degree from Harvard and a Ph.D from BYU, both in Education. John is a Professor of Religious Education at BYU. John has published several books with Deseret Book, including Considering the Cross: How Calvary Connects Us with Christ. He is also the author of the video course and podcast “Seeking Jesus.” John loves teaching, reading and spending time with his family. 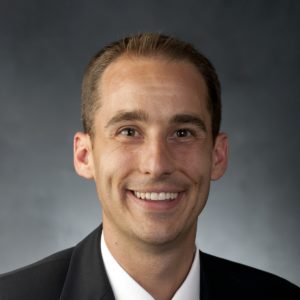